These are just a few examples of the work displayed for each of the 20 New Visual Artists. See the entire feature, plus so much more, in the new April 2013 issue of Print Magazine. Pick up your copy here!

Looking through the austere work on Kasper-Florio’s website—exquisite grids and knife-edge-clean type, all awash in muted grays,whites, and blacks—you wouldn’t be shocked to learn that the two young designers behind the firm hail from Switzerland. As it happens, they’re carrying on a local tradition: St. Gallen, the small city where the 27-year-old Larissa Kasper and her creative partner, Rosario Florio, 32, live and work, has strong roots in graphic design, reaching back to Rudolf Hostettler, Jost Hochuli, and Max Koller.

But behind the firm’s Spartan face is a body of work rich in ideas, perspectives, and play. Consider the announcements they made for an event called Nachtschicht—“night shift”—at the Kunstmuseum St. Gallen. (Many of Kasper-Florio’s clients come from the worlds of art, culture, and fashion.) Although the designers were given creative latitude, they had a limited printing budget and so had to be selective in their use of color. On one side, a grid of dots gradually becomes heavier, creating the image of a darkening sky. On the back, the same idea subtly repeats in the type, which collects weight as it trips geometrically down the page.

It was Kasper-Florio’s typography that caught the attention of Jon Forss, of the studio Non-Format, who first encountered their work in a flyer for techno organ concerts at an old St. Gallen church. “I was immediately struck by the subtle mixture of typefaces, which seemed to perfectly represent the nature of the event,” he says. 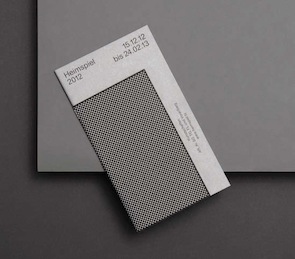 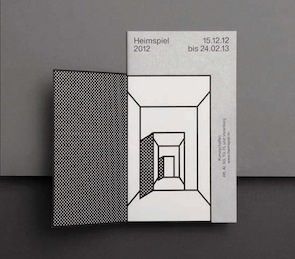 It’s that kind of hybrid that sets Kasper-Florio’s work apart from that of their contemporaries. “The past few years have seen a wonderful shift away from a reliance on pure modernist grid structures and toward some exciting forays into postmodernist revivalism,” Forss says.

“Some take this to extremes that, although expressive and invigorating, might be a little too unsettling for your average client. Kasper-Florio, however, seem to have found a way to straddle the two worlds of purity and playfulness, creating designs that are soundly rooted in the client-compassionate realm of modernist simplicity but injected with an almost steroidal dose of postmodernist passion and exuberance.” Kasper sees their approach more simply: as reducing the design to its basic elements. “The viewer is able to focus on the essential without getting distracted by redundant information or decoration,” she says. “Nothing further can be removed to improve the design.”

“I do everything from children’s-book illustrations to weird comics to illustrated movie reviews,” says Lisa Hanawalt. More than anything, though, the Brooklyn-based artist is a gifted comedian. “I’ve always surrounded myself with comedians and class clowns,” she says.” My favorite artists and cartoonists are the funniest and dirtiest ones.” Art directors at magazines like Saveur, Glamour, and Bloomberg Businessweek know that she can make even the most mundane topic interesting and amusing. (It’s a rare recipe for vegetable soup that depicts the artist skating around on discarded onion skins.) At the same time, she is beloved in the underground comic-book scene, with several self-published titles and a big-deal collection coming out this year from Drawn & Quarterly, My Dirty Dumb Eyes.

Hanawalt’s drawings are profane and often confounding—one comic is called Sell Your Boobs, and many of her characters are gawky mammal-human hybrids—yet they remain exceedingly appealing and richly realized. As Christopher Silas Neal, her studio mate at Brooklyn’s Pencil Factory, says, “I’ve had the pleasure of glancing over her shoulder as she inks portrayals of animal sex, helicopter genitalia, and Paul Ryan homoerotica. But she’s more than a mere shock-jock comic.” 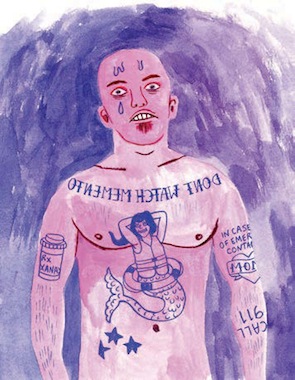 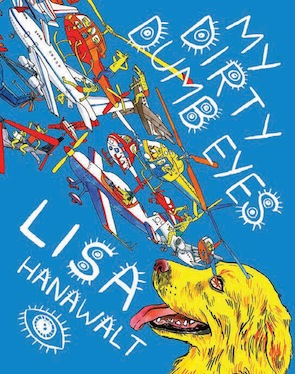 Visually, it’s as if R. Crumb took a trip to Busytown, brought along some bawdy old Playboy cartoons and a few episodes of Tim and Eric, and added a good dose of self-reflection. “I’m horrified by how gross bodies are,” Hanawalt says. “Coming back to that subject matter again and again in my work has just been my way of coping with that horror—there’s real pathos there.”

Like a stand-up performer, she mines her own life and pop culture for material, keeping lists of ideas and jokes on her computer, iPhone, and in sketchbooks. “I’m interested in comedy writing,” she says—a hint that the next stage of her career might go completely off the page.

“How should artists and designers interpret design developments without homogenizing traditions?” This is the question at the heart of Studio Shafei, a Basel, Switzerland–based graphic design practice founded three years ago by the Iranian-born Kambiz Shafei. Shafei was reared in post-revolution Tehran but educated at the Basel School of Design, graduating with an M.F.A. in 2010. Marrying the deep-seated visual culture of Iran with the dynamic aesthetics of current design poses “a great challenge for contemporary designers and artists in Iran,” Shafei says. “On the other hand, this enables surprising results that are both contemporary and rooted in traditions.”

Shafei attempts to bridge past and present with projects like Bilingua, a bilingual typeface meant to diminish the differences between Persian and Latin scripts. By playing with the x-height, the baseline ligatures, and the stroke weights, among other qualities, Shafei managed to harmonize the overall look and feel of the typeface in both alphabets.

Shafei’s penchant for type was no doubt gleaned, in part, from his father, Firouz Shafei, the cofounder, with Majid Abbasi, of the Tehran-based Didgraphics, known for translating and “Iran-izing” text for foreign advertising clients. The younger Shafei interned at Didgraphics under the direction of Abbasi, who encouraged him to study in Europe. Shafei is now a regular contributor to Neshan, a magazine edited by Abbasi with the goal of connecting graphic designers from Iran with the rest of the world. “His designs are very clear and logical, and this is new for an Iranian designer,” Abbasi says. “His work is simple and powerful, and he knows that design is the result of process. His strength is reaching a beautiful solution through a systematic process.” 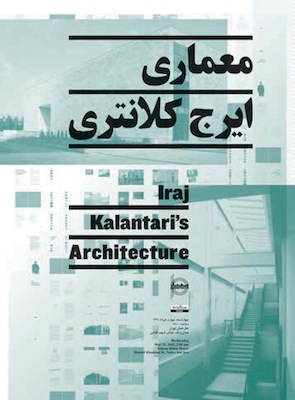 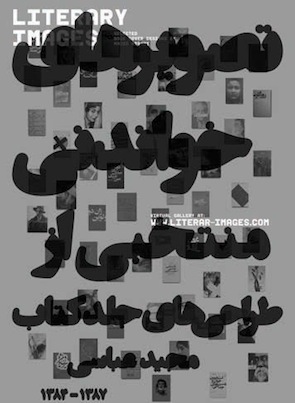 That process begins, most often, with the hand. “I sketch, sketch, sketch,” Shafei says. “The ideal process is both rational and intuitive, and this is why producing a lot of sketches is necessary. It is crucial to know when to stop, though.” Shafei then employs simple tools—letterforms, a copy machine, scissors, paint, brushes—and the computer. The human hand may reappear at the end of a project, as it did in his designs for a 2011 art and fashion exhibition in Zurich called “Paradis.” For the show’s posters, flyers, and catalog, Shafei painted strokes of gold over off set type so that each piece was unique. The blend of clean, black type and gauzy gold—of machine and the human hand—creates a visual echo of Shafei’s two worlds.

“The thing I want out of a font is honesty,” says James T. Edmondson. The 25-year-old type designer is fond of an old printers’ adage: “You cannot tell a lie in Caslon.” “I think that’s such a cool idea,” he says, “that a typeface can be permanently linked to the truth.”

Edmondson has created a handful of understated fonts that are evocative of early- to mid-20th-century design. He draws inspiration from the letters he sees around him, especially in signage. One of his early successes, Mission Script, was influenced by his Mission District neighborhood in San Francisco. Another, Lavanderia, came from observing the script lettering on the window of a Mission laundromat. Edmondson was careful to keep the x-heights tall, to capture what he calls “the casual feeling of sign-painter lettering.”

Edmondson’s approach to type design matches his taste in music, especially his love for Woody Guthrie, Bob Dylan, and Jack White. Like Edmondson, they are known for preserving, but also reimagining, strains of Americana. He also appreciates their simplicity. “At the end of the day, my job is really simple—I’m all about the relationships of positive and negative spaces to create words. Everything else is just a bullshit effect.” 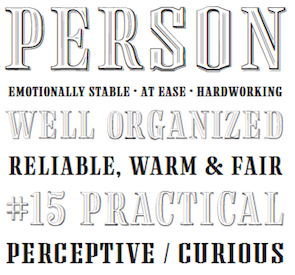 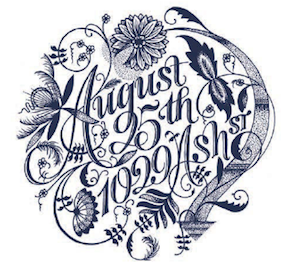 Paradoxically, the honest quality of Edmondson’s type has made it a mark for the less ethically inclined. Last September, his Wisdom Script appeared without permission on a line of T-shirts produced by the Romney campaign. It’s clear why they liked it so much. Giving the appearance of authenticity in a newly designed face is difficult. Edmondson is sanguine about the theft, however. “People steal fonts all the time,” he says. “The person responsible was just some junior designer who was either really rushed or who just hated their job. If I got really upset about that stuff , I would have way too many shitty days. I would much rather spend my time working on new, better typefaces than go after these people.”

These are just a few examples of the work displayed for each of the 20 New Visual Artists. See the entire feature, plus so much more, in the new April 2013 issue of Print Magazine. Pick up your copy here!

Design is Everywhere: Why Build High-Rises Out of Wood?