Gail Anderson, the creative director of New York City’s School of Visual Arts in-house design studio, “Visual Arts Press,” is so much more than a designer. She is making history as the first African American winner of the National Design Award for Lifetime Achievement. She is also the third woman to win the award in its 19 year history. Anderson has good reason to win the award, she is not only a designer, but a writer, professor and typographer who has been working in the design business for over 30 years. She is the author of over a dozen books on design (we love her Type Tells Tales book), worked as the art director for Rolling Stone, has designed campaigns for Broadway and book jackets for Questlove. She will be nabbing her award at the Cooper Hewitt, Smithsonian Design Museum on October 18, but until then, we caught up with her to talk about her favorite design moments, working at Rolling Stone and her tips for young designers. Read on for Anderson’s design wisdom.

How does it feel to be the first African American to receive the Cooper Hewitt National Design Award for Lifetime Achievement?

Gail Anderson: I’m completely taken aback by the award, and am proud to be the first African American recipient, as you can imagine. I want to really take advantage of any afterglow from my moment in the spotlight to pay it forward—to get more people of color to consider careers in design. I’m hoping to curate a show for the Museum of Design Atlanta (MODA) with my high school pal, writer Claudia Rankine next fall, and we’re in the throes of figuring out how to address race and color via design. So the subject is definitely on my radar more than ever these days, and the Cooper Hewitt award solidifies my commitment to actively addressing this topic.

You’re also the third woman to receive the award, can I ask for your thoughts on women in design?

I was speaking at a design conference recently and a young woman told me that I was one of the people who helped pave the way for her. I kind of died inside for a minute—am I THAT old?—and then I realized that while I’m not a design pioneer by any means, I’ve been doing this for a long time. My mentors are mostly all still working, and I’m now teaching the children of students I taught at SVA many years ago. It’s time to embrace what are no longer just grey roots. At another recent conference, I learned that there are women in very senior creative positions at well-regarded agencies who are still dealing with maternity leave and salary disparity issues in 2018. My young female students don’t have those issues in their bandwidth at all—you wouldn’t think they’d have to in 2018—but it’s something we’re going to start talking about this fall. Sigh.

What is the secret to becoming a master typographer?

How do you design for music? Whether it’s Rolling Stone or music book covers or Broadway plays?

When I worked with Fred Woodward at Rolling Stone, the music was always on. When we designed the Alanis Morissette cover, we listened to Jagged Little Pill. I mean, it wasn’t always that deliberate of course, but there was typically music playing while we worked. We had a few designer DJs manning the stereo at SpotCo as well. Joe Newton controls the tunes at our little studio, Anderson Newton Design, but my SVA peeps won’t easily budge on listening to more than the tap, tap, tap of their keyboards at Visual Arts Press (I’m still working on them—we just bought some nice speakers, so…). #gallery-1 { margin: auto; } #gallery-1 .gallery-item { float: left; margin-top: 10px; text-align: center; width: 50%; } #gallery-1 img { border: 2px solid #cfcfcf; } #gallery-1 .gallery-caption { margin-left: 0; } /* see gallery_shortcode() in wp-includes/media.php */ 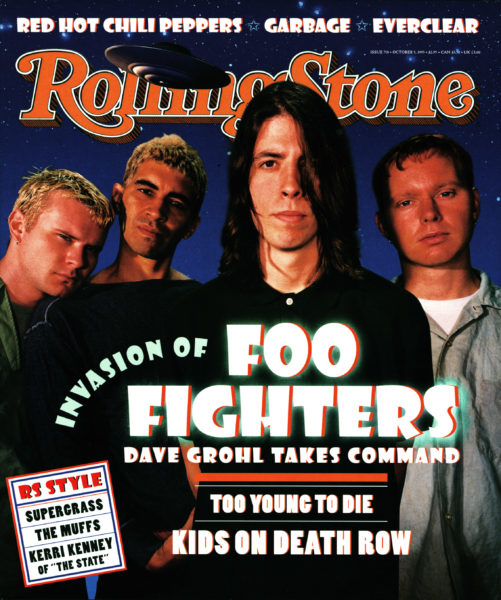 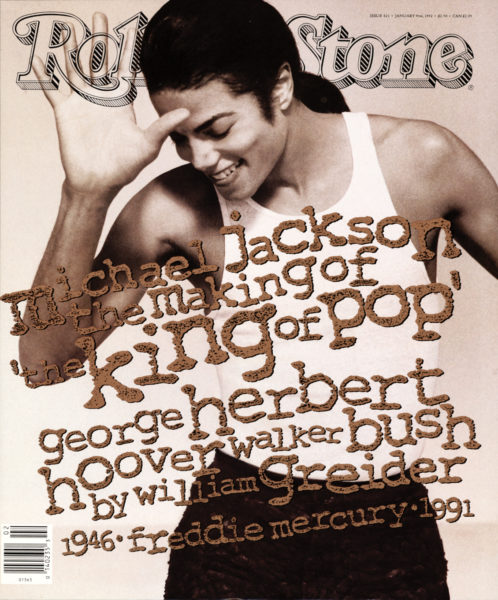 What have you learned about designing for the entertainment industry?

I guess I’ve designed for entertainment for so long that designing for music means designing WITH music. And so ultimately designing for just about anything else also requires music—including designing now for education. That doesn’t quite answer your question, but I do know that for me, all senses are engaged when the design process kicks off, though I now skip the Cokes with crushed ice that Fred and I so often enjoyed.

How do you know when a design is finished versus when it still needs some work?

If there are a five more minutes before the file ships, it often feels like that means five more minutes to tweak or proofread just ONE more time. But I’ve learned to move on and stop designing on the head of a pin, mostly from always having a lot of other stuff I’m behind on. And I spend so much time as an art director telling designers to put their pencils down that I have to remember to enforce the same rules for myself. Now I just have to figure out how to get students to stop thinking they’re done QUITE as quickly as they sometimes believe they are… how about five more sketches or a few more ideas?

How does comedy and humor play a critical role in your work; is it a starting point or an end thought?

I love working on designs that have a little wink in them somewhere; a tiny wise guy moment, even if few other people are in on the joke. That said, I aspire to do stuff that is smart or clever, like Matt Dorfman at the Times or David Drummond at Salamander Hill. I can sometimes pull off smarty pants, but those guys consistently and seemingly effortlessly do flat-out smart. A little bit of humor is almost always part of the plan going into most projects, but it often comes from my own nervousness about not being able to execute smart or elegant without a punchline (sounds like five more years of therapy are in order). #gallery-2 { margin: auto; } #gallery-2 .gallery-item { float: left; margin-top: 10px; text-align: center; width: 50%; } #gallery-2 img { border: 2px solid #cfcfcf; } #gallery-2 .gallery-caption { margin-left: 0; } /* see gallery_shortcode() in wp-includes/media.php */ 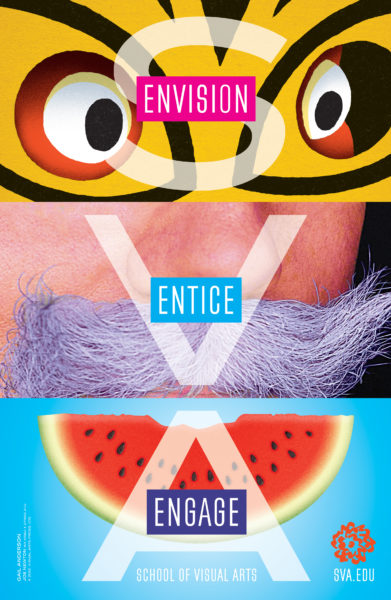 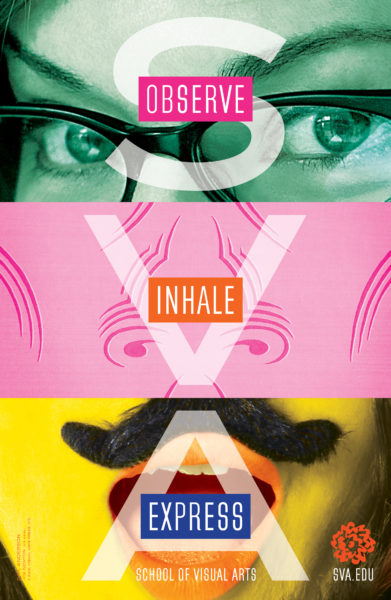 What design project have you done that you really feels like merits this award?

Well, that’s pretty impossible to wrap my head around! But my 34-ish years of designing professionally are probably 65 or 70 years after all of the bonus hours I’ve put in since 1984, so maybe I deserve an award for longevity.

What was the best part about working at Rolling Stone?

The best part of working at Rolling Stone was working for and with Fred Woodward. That’s easy to answer. I learned so much from him, grew as a designer because of his generosity, and enjoyed his humor, great stories, and friendship. Oh, and we got a lot of free CDs at Rolling Stone. Not in the same category as the Fred thing, but man, free stuff was great. We were so spoiled.

What are three key highlights from your career that have a mega “wow” factor?

Working on the USPS stamp that commemorated the 150th anniversary of the signing of the Emancipation Proclamation is definitely a “Seriously???” moment for me. The first time I saw one of my theater posters on the subway platform, I actually got off the train just to look at it. And then I got off again at every other station that had it up. I’ll never forget that—I was so excited. Same for any of the subway posters I’ve worked on for SVA—the same “high.” I was too young and dopey at Rolling Stone to realize that the magazine was everywhere; that the whole world saw it—that we were part of pop culture for over a decade. We were all so busy that we never looked up and took it all in. And then it was over.

What do you have upcoming and what work is there still left to do?

I have many, many years of working ahead of me—and not just for my mortgage or car payments. I really love what I do, and I’m enjoying the projects I’m getting to initiate at SVA and the new challenges Tony Rhodes (SVA’s executive creative director and EVP) throws at me regularly. Joe Newton and I have our little studio, and I’m now teaching design history (I switched from teaching typography last year). I’ve got a lot to keep me on my toes, and my dear Steve Heller always has a new book up his sleeves for us to do together. Milton Glaser told me that he’s going to keep working until he can no longer get up the flight of stairs to his office, and he’s almost 87. My office has an elevator, so I’m hoping for 100.

What is your favorite book jacket cover you designed and why? (If you can narrow it down)

Joe and I did a cover for a Questlove book that was an homage to Milton Glaser’s iconic Bob Dylan-poster-with-the-psychedelic-hair. We made Questlove’s afro out of question marks and Dave Cowles created the final illustration. I know that everyone’s ripped that piece off, but we couldn’t resist. And the credit read, “With apologies to Milton Glaser,” so I hope all is forgiven.

What advice do you have for young designers entering the field today?

Work hard and stay late. Be the last one to leave at night, or the first one there in the morning, or both. Check in with your boss before you leave to make sure everything’s okay. Be nice to interns, don’t smoke, and figure out what you can do to give back once you’ve got your sea legs—volunteering, teaching, or some kind of activism. Designers can have a such powerful voices now—designers can change the world. So stop texting and get to work doing some good, kids.