HOW Design Live 2018 is happening in Boston. Will you be there? Register by Feb. 1 for the best price.

Congratulations to Grand Prize Winner GDLOFT. They received 47% of reader votes for their AIGA 35th Anniversary Posters, and will receive a Big Ticket to HOW Design Live 2018, a main-stage trophy presentation celebrating their work, and other exclusive opportunities on-site.

The brilliant 2017 Regional Design Awards judges—Aaron Draplin, Jessica Hische, Pum Lefebure, Ellen Lupton, Eddie Opara and Paula Scher—pored over, puzzled over, obsessed and stressed over nearly 4,000 entries to bring you their selections for the best American designs of the year, including six Best of Region winners. These winners appear in the Winter 2017-2018 issue of PRINT Magazine.

Please remember to read the project descriptions and enlarge any thumbnails before casting your vote! 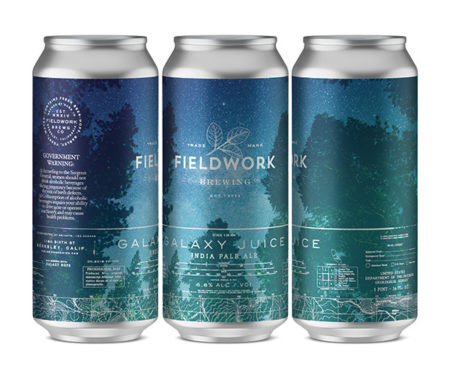 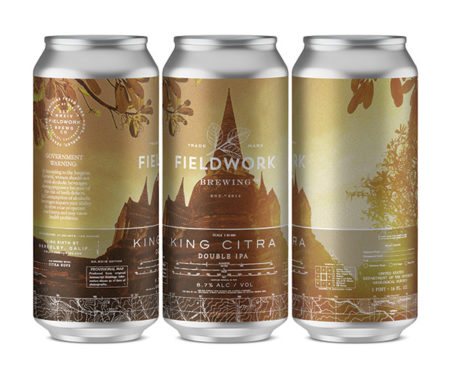 Details Nothing in this year’s RDA captures the wanderlust of the Far West quite like the can designs for Fieldwork Brewing Company. Full-bleed landscape photography inspired by National Geographic images from the ’50 and ’60s wraps the cans, depicting locations that tie into the names of the beers. “The photography style is the most major piece,” says Gamut principal Ian Gordon. For each photo to be consistent, it’s treated with a preset that gives it a classic autochrome look that’s then printed on an adhesive-backed label. 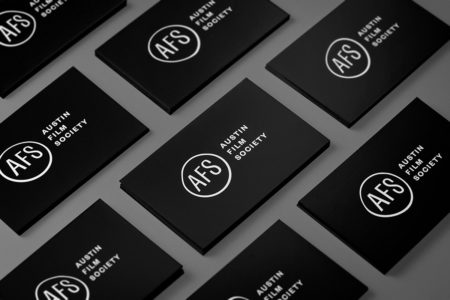 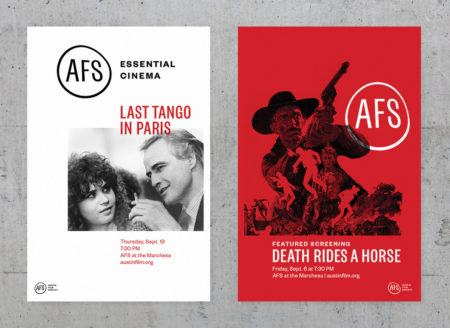 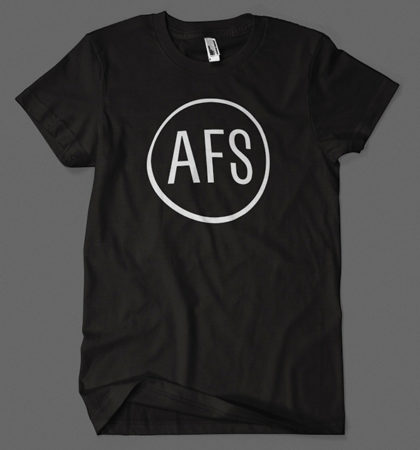 Details “The logo needed to be a workhorse,” says creative director Jann Baskett. “We decided to develop a dynamic system of 20 different logos that appear to move and bend in space. While static logos tend to become invisible over time, this identity continues to challenge the viewer because it’s always changing.” Austin Film Society CEO Rebecca Campbell says they were afraid people might not understand the goal of paying homage to celluloid film stock. However, they decided that while most organizations can’t get away with risky, they indeed could. “We were ultimately thrilled at how well it has worked as the mother brand for all our properties,” says Richard Linklater, AFS artistic director. 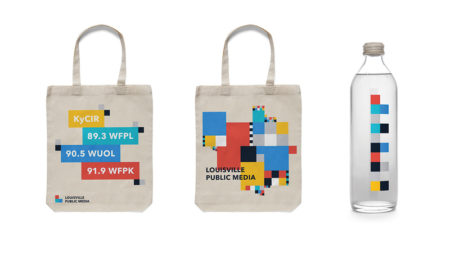 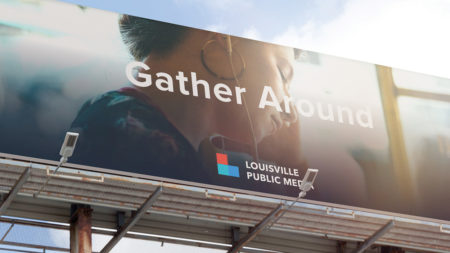 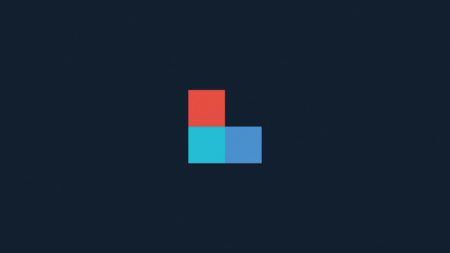 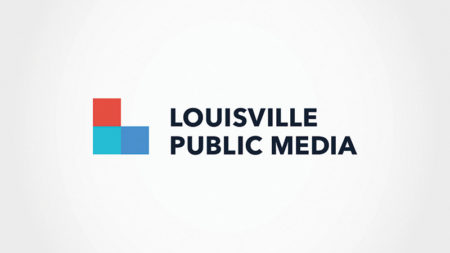 Details Louisville Public Media, a community-supported nonprofit with three radio stations and an investigative unit, was looking to reinvent its identity and better position itself for the future. Bullhorn Creative discovered in its research phase that there was still considerable equity in LPM’s look, which resulted instead in a brand evolution. The result is a beautifully complex yet elegant system of blocks that come together to form an ‘L,’ with each colored square signifying a sub-brand of the organization’s various stations. “These building blocks can grow and change to accommodate future growth,” Shirley says. “They can be used as a pattern or as a logo. They work on print and digital. They’ll change depending on how you refer to each member station.” When combined with sound, this core system brings a modern twist full of energy to each aspect of the brand that it touches, from the website to merchandise. 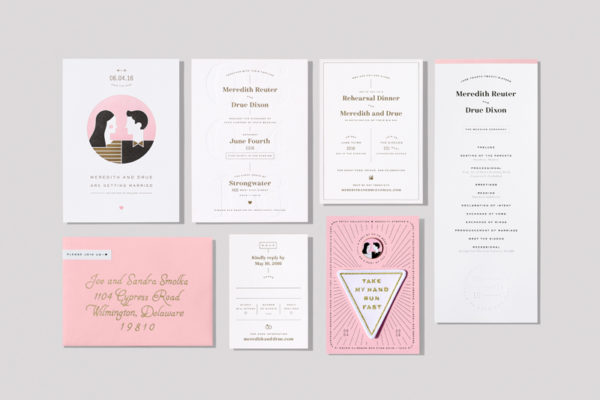 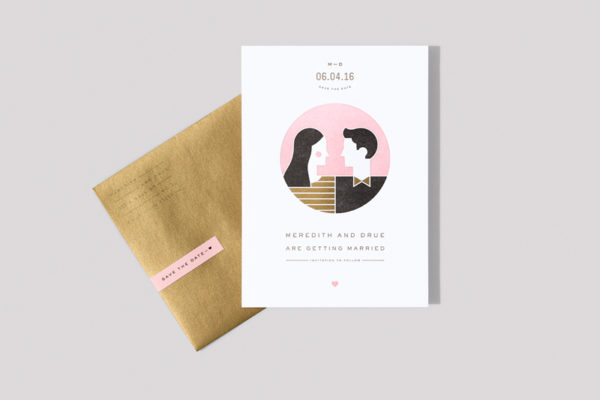 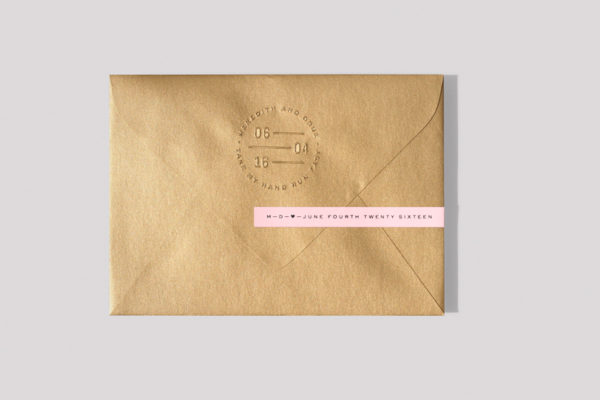 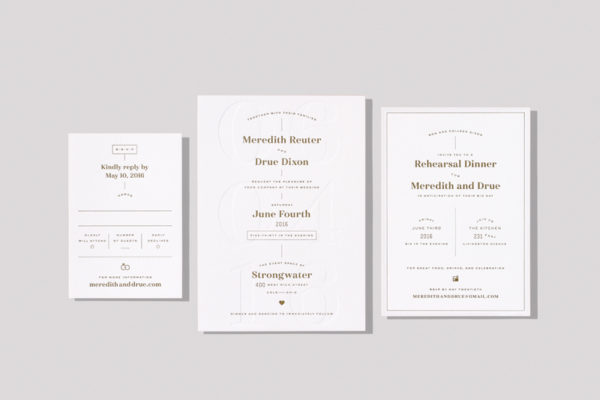 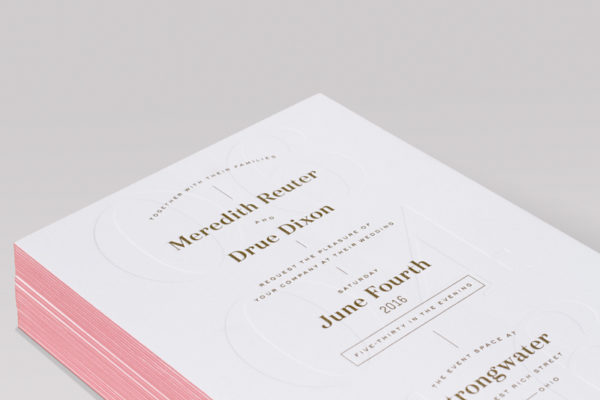 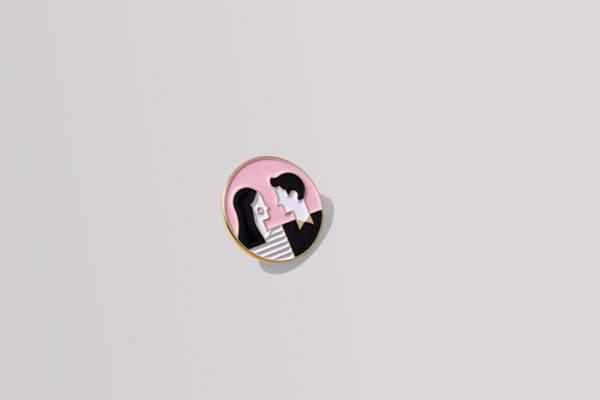 Details Designers Meredith and Drue Dixon met while working at a small branding studio. “I gave Drue a giant 2-foot Dixon Ticonderoga pencil as a gift, and the rest is history,” Meredith says. So when their wedding was on the horizon, the pair saw no option but to design their invitation and wedding suite together. From the invitation and save-the-date to the RSVP and favors, including a clever pin and patch guests could wear, the suite set the tone for the event in the best of ways. Having worked together prior to their relationship, it was natural for the two to design side-by-side, especially since their styles meld together seamlessly. 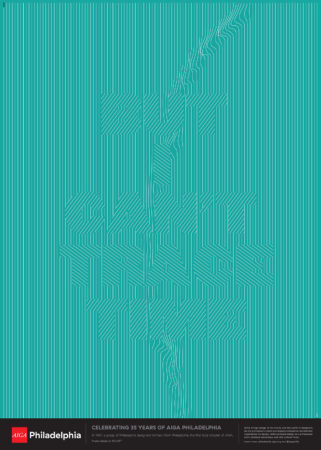 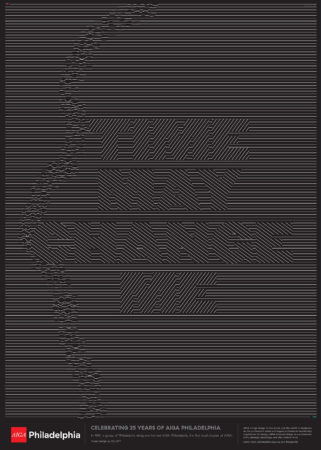 Details AIGA Philadelphia celebrated its 35th anniversary by inviting 35 of the area’s most talented designers and firms to create 35 posters for a commemorative collection and exhibition. Among those invitees was design firm GDLOFT, which chose to represent the three-and-a-half decades in the most unusual and visually fascinating way. “As there are 420 months in 35 years, 420 lines make up the three posters,” says GDLOFT creative director Allan Espiritu. “Each poster contains 140 lines, each representing a month in the AIGA Philadelphia chapter’s history.” Simple line patterns are embedded with messages and structures that the astute viewer may find. These Easter eggs, laced with cultural references such as David Bowie lyrics, keep the viewer smiling over more than just the design. 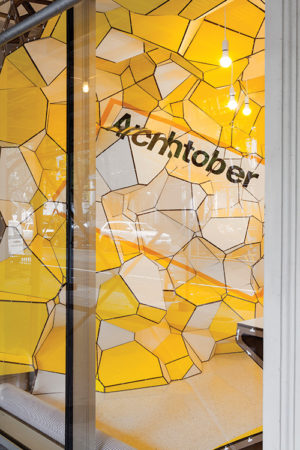 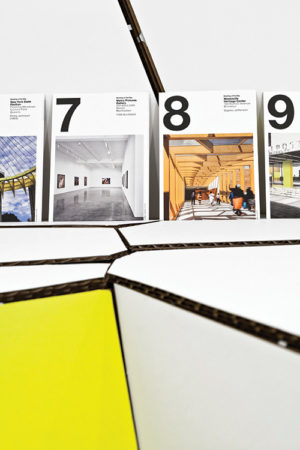 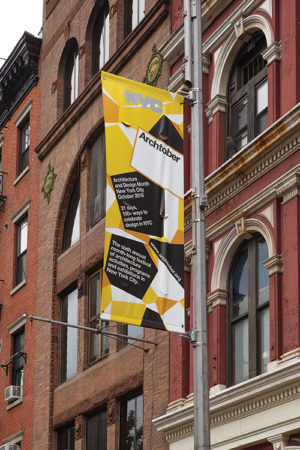 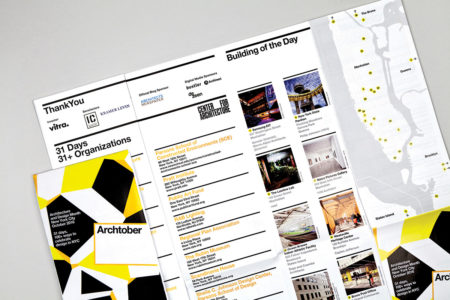 Details The identity for the 2016 Archtober Festival needed to not only be eye-catching, but smart, too, as it aims to draw a savvy audience to New York City’s annual celebration of architecture and design. Working closely with Archtober visionary Cynthia Krakauer, the esteemed Pentagram linked arms with architecture firm SOFTlab to create a highly effective multimedia campaign. Although elements like the logo, font and color palette remained the same from previous festivals, this year’s branding took a dynamic turn, as it’s anchored on the mathematical diagram Voronoi tessellation, a honeycomb-like system of irregular polygons that in this instance is generated from six points—as 2016 marked the sixth Archtober. Taking everything one step further, Pentagram and SOFTlab brought the tessellation to life for the Archtober Lounge. The space was very narrow, and due to this constraint, Hayman felt the final results were both unusual and effective, as corrugated cardboard transformed the gallery into a unique—and cost-effective—architectural setting.

Vote for your favorites! Create your own user feedback survey