Racism for Designers: Dismantling the Design System of White Supremacy

“Design, stripped to its essence, can be defined as the human nature to shape and make our environment in ways without precedent in nature, to serve our needs and give meaning to our lives.” —John Heskett

The developed world is made up of things that have been designed. Unique teams of specialists were required to create highways, textbooks and smartphones. Each of these outcomes has had huge impact on the way societies move, learn and communicate—but none of these advances would exist or have endured if not for the processes, protocols and, most importantly, systems that have been put in place to sustain them.

Design is a process of giving significance and utility to the arbitrary. A design system is an interdependent series of decisions that trains users to associate colors, shapes, patterns and textures with certain results and outcomes. It is only through human invention that the color red became associated with warnings and errors. The same red can be used to signal “STOP” when masked over an octagon, or invoke the holidays when paired with the color green.

Design systems are powerful and they stretch well beyond the world of product development. They not only dictate user experience, they dictate the human experience. Much of what we know has come via a socialization process riddled with systems. And while it may be easy to digest in the context of an interface, the foundations of imagery, color, shapes and language also uphold one of the most important systems that governs much of the modern world: white supremacy.

Have you ever thought about the phrase white lie? How about the words blackmail or blackball? The mere attachment of the word white to the first phrase seemingly makes the misdeed innocent. However, quite the opposite occurs with the latter two.

The largest organ in the body—the skin—comes in a variety of shades, neither of which are true black or true white. However, a binary of “white” skin as the opposite of “black” skin has been created. While this may seem innocuous, binary opposites almost always position one option as favorable and the other as not.

In a famous 1940s study called “the doll tests,” psychologists Kenneth and Mamie Clark asked school-aged children to assign a series of negative and positive attributes to dolls. The dolls the children could choose from were identical, with one exception: their skin color. Overwhelmingly, students assigned attributes such as smart, nice and pretty to the doll with “white” skin, and negative attributes such as dumb, mean and ugly to the doll with “black” skin.

The effects of colorism and language are not unique to Black and white populations in the U.S. Skin lightening and bleaching products are a multi-billion dollar industry and countries throughout Africa, Latin America, the Middle East and Asia are importers of these products.

The notion of fairer skin being linked to beauty or intelligence is foundational to the falsehood of white superiority. And while the phrase “white is right” is a well-known racist idiom in the U.S., notions of white supremacy emanate well beyond the borders of America.

The impact of color and language starts when we’re young, and the resulting biases we’re indoctrinated into lead to racialized patterns, practices and interactions that extend far into adulthood and permeate throughout our lived experience.

In 1940, Hattie McDaniel became the first African American woman to win an Academy Award, for her role in Gone With the Wind. While the film is heralded as a pillar of American cinema, it goes without question that the movie has plenty of racist imagery. Indeed, Ms. McDaniel won her Oscar for her portrayal of the character “Mammy.”

Mammy, or mammies, are historically racist tropes of Black women in the U.S. that go as far back as the Jim Crow South. Sociologist Patricia Hill Collins describes a mammy as the faithful, obedient domestic servant. Along with other controlling portrayals of Black Americans, such as the welfare mother and the jezebel, these images distill Black people, specifically Black women, into digestible caricatures.

So, while Hattie McDaniel did indeed break a glass ceiling for women of color, the character she portrayed was a perpetuation of a stereotype that positions women of color as subservient to their white counterparts.

Modern mainstream media has created an opportunity for new, complex characters, played by women of color, to emerge. However—design systems are easy to maintain and fairly hard to break. So even though more than 80 years have elapsed since Hattie McDaniel won her Oscar, not too much has changed when it comes to the portrayals of Black women who receive acting’s highest honors. Three out of five of the most recent Black women to win an Academy Award for acting played either the welfare mother, a maid or a slave. 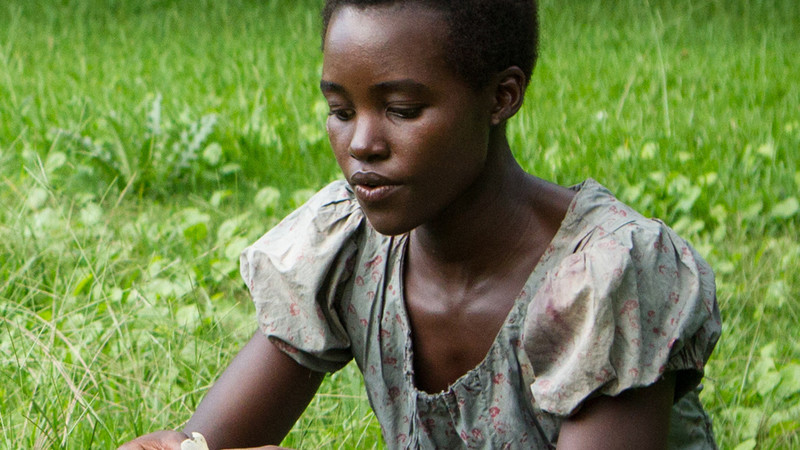 Black women, and Black people in general, are not the only groups subject to being distilled into controlling imagery. The Latino gangster, the Asian American model minority and the Middle Eastern terrorist are all tropes used to oppress and control non-white people. This imagery is both a byproduct of, as well as a tool to enforce, white supremacy.

That said, people of color aren’t the users or beneficiaries of the great American design system. They’re merely a component.

On May 25, an incident between two New York City residents made national headlines. While a serendipitous encounter between a female dog walker and a male bird watcher in Central Park has the makings of a romantic comedy, the interaction between the individuals was anything but a meet-cute. Instead, when Amy Cooper, a Caucasian female, called the police and falsely accused Christian Cooper (no relation), an African American male, of threatening her, what the world saw was the perpetuation of a pattern that has existed in America since its inception.

In 1955, Carolyn Bryant made a false allegation that a young Black male made a flirtatious pass at her. That allegation ultimately led to the gruesome death and disfigurement of 14-year-old Emmett Till.

“White” people asserting power over people of color is a deep-rooted part of the American design system, as well as the white supremacist user experience. Indeed, it has even proven to be lethal when people of color challenge, subvert or refuse to comply with pre-existing patterns. Much like filing a bug or calling customer service for a computer glitch, patrollers, cops and other forms of law enforcement have been used to control and eradicate problems that challenge the system.

Seeing that the design system is white supremacy, so much more damage is still occurring by maintaining, or even evolving it. It must be thrown out altogether.

Matt Hunter working on a mural of George Floyd. Photo by JR Miller

There are highways that continue to cut through communities of color, driving down property values and thus the taxes that go into funding their schools. There are food and medical deserts in the poorest of areas, leading to higher mortality rates for already disenfranchised populations. Black and Brown people, by design, are still overrepresented in the American prison system and underrepresented in key places of influence—including the design table.

Dismantling white supremacy, regardless of your race, means dismantling deep-rooted ideas and ideologies that have come to us through media, education and even technology. It means questioning every part of ourselves to see the world as it ought to be rather than how it was taught to be.

It is within the power of design to change some of the systems that have created our current reality. Designers can change products, experiences, as well as the world. When we can rethink the connotations we associate with color, reexamine the language we associate with people and destroy the imagery that has been used to control, we can finally start to create a design system that positions people of color as users of the great American experience instead of components within it.

America, as well as much of the Western world, was not built for everyone. But that doesn’t have to remain true. Creating disruptive new realities is a cornerstone of design. And the patterns and practices of white supremacy are well overdue for a system overhaul.

JR Miller is a Caribbean-American writer and product designer living in the Bay Area. He’s led UX and brand initiatives for companies such as Netflix, cPanel and Google. He’s a pragmatic idealist who advocates for complex ideas and simple sentences.